CHARLESTON — West Virginia Attorney General Patrick Morrisey has joined a 24-state coalition urging the U.S. Supreme Court to protect the rights of gun owners with regard to standard capacity magazines.

The coalition filed a recent brief urging the Supreme Court to review, and ultimately overturn, a federal appeals court ruling that would inappropriately permit states to outlaw ammunition magazines that are currently legal in more than half of the nation.

“The right to keep and bear arms is vital to West Virginians and law-abiding gun owners across the nation,” Attorney General Morrisey said. “Limiting ammunition magazines in such a manner flagrantly mocks the Second Amendment freedom that our nation’s founders gave all Americans to defend themselves and their property. Simply put, it could be a matter of life and death.”

The brief argues the 3rd U.S. Circuit Court of Appeals was misguided in using an erroneous construction of the Constitution to permit New Jersey to ban magazines that typically hold 11 to 15 rounds, thus effectively compromising the Second Amendment rights of millions of citizens.

The coalition contends 43 states, including West Virginia, have advanced their interests in promoting public safety, preventing crime and reducing criminal firearm violence without a magazine ban.

The attorneys general argue no state law should intrude on its citizens’ constitutional rights and, if left intact, the New Jersey law could lead to similar measures infringing upon the Second Amendment rights of citizens elsewhere. 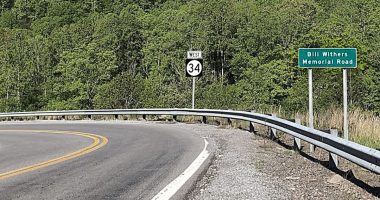