Ever since it was revealed that there was a time capsule retrieved from a cornerstone of the soon-to-be-razed old Pineville High School building, speculation and curiosity made it the subject of conversations throughout Pineville and much of the county.

I guess because there are so few of us left who attended the old institution that it started to be referred to as the junior high, or middle school. The school was built as a high school. It replaced the old wooden structure which was located where the Pineville Church of God is now standing. At the time it was known as Center District High. The year-1930.

Of interest to nobody but myself, I was born the same year the school was built. If I were a building, I would be slated for demolition this year.

Anyway, I don’t know exactly when it changed, but sometime in the 1930’s, the new school became Pineville High School. It was attended by grades seven through twelve. During the semester break of the school year 1950-51 the high school moved to the new building that is now the middle school. They took the eighth grade with them. That meant Pineville grade school went to the seventh grade. I had some first-hand knowledge of the move because I was the custodian. Yep, your old buddy was the janitor. I remember that I had to pick Oley Cook’s brain to learn how everything worked.

The PGS ball teams had to compete against eighth grade teams. But they had Butch Goode and other good athletes , so they did very well.

So last Saturday , as interested parties and a room full of Masons looked on, along with  an on-line audience , the capsule was opened and the contents revealed. The Masonic Grand Master and an assistant carefully unfolded and laid out the documents for inspection. Included were some Masonic documents including the names of members of the Pineville Lodge in 1930.

Also, there were copies of the Independent Herald and Mullens Advocate, both weekly newspapers at the time. No earth-shaking news but a reflection of everyday life back then.

The contents of the capsule were so well preserved that they required no special handling. According to the Masons, that is not usually the case.

The contents of the capsule and the cornerstone which protected it all those years will be on display at the Board offices.

Meanwhile, the beloved old building which held so many wonderful memories for so many, will be, most likely, a parking lot. I hope not. At least it could be grass and trees.

SOUTH CHARLESTON, W.VA. — Several important changes to the state’s fall hunting seasons for…
By: Rob Bishop Back again, and as the NFL Draft draws ever… 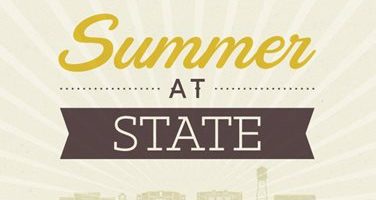 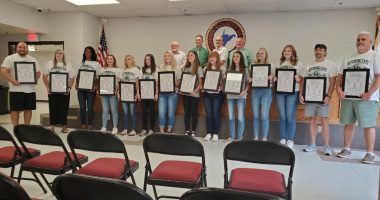