Many times, when things at the paper slowed down a little, Randy and I liked to pick out a year and go through the copies of the paper for that year to see what was news in the county at that time.
This week I picked 1935. The country was in depression and there were rumblings of war way across the ocean in Europe. A guy named Hitler was thumping his chest and declaring Germans as the master race.
Here at home the WPA was set to start a road project between Pineville and Welch.
Crosley radios were on sale at Doss Electric in Mullens. Five-tube sets were $19.99 and nine-tubers with solid oak cabinets were $115.00. A new Maytag wringer washer with a gasoline motor was $99.50.
The Wyoming Theatre in Mullens featured Richard Dix in “The Arizonan.”
The new 1936 Chevrolet was on display at Pineville Motors for $495 featuring hydraulic brakes and knee-action ride for $20 extra. The telephone number was 266.
Appalachian Power announced that rates were down 36% from 1927, and Ken Maynard was on the screen in ” Western Frontier.’
Philco radios were $54.95 for the floor model. The new 1936 Ford with super-safety brakes was $510 (spare tire extra).
Billy Joe Cook celebrated his seventh birthday. Pauline Beavers, and Thelma Rose assisted with the games. Attending were Betty hill, David rose, Bobby Cline, Mary Jo Byrd, Lucille Rose, C.L. and Jimmy Buchannon, Ray and Geneva Hicks, Mary Wanda Rose, Mary Jo Cook, Jimmy Dell Cook, Betty Lee Byrd, Dutch Cook and Betty Jo Bailey.
Dewane Belcher was writing sports for the IH along with his buddy Varney Cline. And Latha Cook was appointed circuit clerk for Wyoming County, succeeding her husband.
G.E. Kirk was named pastor of the Pineville Methodist and Varden Toler of Sun Hill visited the county court house.
The Crews family opened Wyoming Supply Co. later to be better known as Crews’ Store.
Ladies’ all silk dresses were $2.95 and men’s pure cotton dress shirts were 79 cents. Electric table lamps were a dollar, dress socks 9 cents a pair and tweed school pants 79 cents.
The graduates of 1936 little realized the nature of the changing world they were about to venture into. Most of the boys would be of prime age when World Warll began. Most would serve. Many would give their lives.
One of the young men mentioned above, Varney Cline, went from being a carefree student, and sometimes sports writer, to flying a combat bomber and became a war hero. The local American Legion Post was named for Varney when it was first chartered. he was to die in the service of his country.
Like many other young men, Varney Cline did not start out to be any kind of hero. He saw his duty and he did it. He did it with courage and resolve. He gave his life for his country….for you and me. 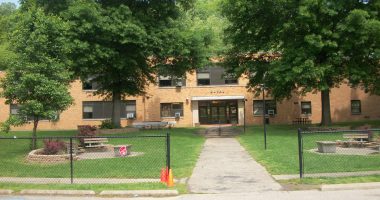 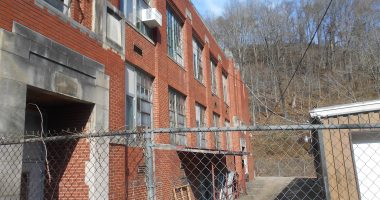 LOGAN, WVBy Gary DoveWN Sports WriterThe former Aracoma High School served as…
By: Paige Cline Due to the current condition of the country and… 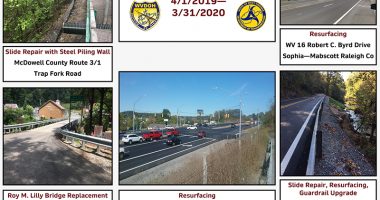