Back again, and before diving into the on-court NBA action in Orlando, the Philadelphia 76ers, fresh off a first-round exit, made a significant off-court move. The 76ers fired head coach Brett Brown, ending his run with the franchise that began when the team was in full-on tank mode. Brown was the obvious fall guy for Philadelphia’s failings, but he is hardly alone in fault. The front office assembled a high-price collection of stars that are poor fits alongside one another, with last summer’s signing of Al Horford the most egregious example. The 76ers coaching gig will be one of the more prized in recent years, given the presence of Joel Embiid and Ben Simmons on the roster. However, without better moves in roster construction, the 76ers will likely continue to flirt with relevance while settling for disappointment.

Houston followed up its rough overtime loss on Saturday with another struggle-laden showing against the Oklahoma City Thunder. The Rockets attempted a playoff-record 58 three-pointers during Monday’s Game 4 loss to OKC. Houston’s reliance on outside shooting aided the team in building a 15-point lead in the second half. It also doomed the team to defeat when the shots stopped finding the bottom of the net. Houston’s record-setting number of threes is made even more laughable when considering they broke their own record from earlier in the series. Oklahoma City has seized momentum in the series heading into today’s pivotal Game 5. Without great shooting from the opening tip to the final whistle, it is becoming evident Houston is outmatched as a championship contender.

Veteran point guard Goran Dragic’s incredible postseason continued in Game 4. Dragic led Miami to a win, completing a four-game sweep over the Indiana Pacers. Viewed as the lone competitive series in the East heading into the playoffs, Miami managed to dispatch the Pacers without much struggle. Head coach Erik Spoelstra continues to prove his place among the best in the NBA, pressing all the right buttons as Miami moved on to the second round of the playoffs. The Heat will likely be facing the Milwaukee Bucks in the next round. Milwaukee will look to end its match-up against the Magic with a win in today’s Game 5.

LeBron James led the Lakers to an easy Game 4 win over the Portland Trail Blazers, giving L.A. a commanding 3-1 advantage and completely erasing the memory of the ugly showing in Game 1. James finished with 30 points on 12 shots, though it is worth noting that his running mate, Anthony Davis, was limited to 18 minutes due to back spasms. Today’s Game 5 will likely prove to be the end of Portland’s impressive turn in Orlando, especially if Damian Lillard’s knee injury proves to be serious. Initial MRI results were inconclusive. It is challenging to envision Portland risking the long-term health of Lillard in tonight’s contest.

It took five games, but Clippers All-Star Paul George finally made an impact on his team. George, who had hit just 10-of-47 shots across the last three games, exploded for 35 points on 18 shots to lead the Clippers to a blowout win over the Mavericks. The win gives L.A. a 3-2 series advantage. Dallas, off the heels of Sunday’s improbable victory, sorely missed Kristaps Porzingis (knee) in this one. Porzingis’s status for tomorrow’s decisive Game 6 could determine the ultimate fate of the Mavericks. Luka Doncic, the hero of Game 5, was battling a severe ankle injury throughout the game. The health of Doncic and Porzingis will be hot topics of discussion leading up to tomorrow’s tip-off.

Nuggets point guard Jamal Murray put on a one-man show to lift his team to a Game 5 win and—at least temporarily—save Denver’s season. On the brink of elimination, Murray put on an offensive clinic during the second half against the Jazz, erasing a 12-point deficit to win by double digits. Murray scored 33 of his 42 points during the second half, showing off an array of offensive skills. He knocked down jumpers, set up teammates, and hit shots at the basket despite challenges from All NBA defender Rudy Gobert. And most impressive is that Murray has only committed a single turnover since Game 3. The Nuggets will look to force a Game 7 on Thursday afternoon. 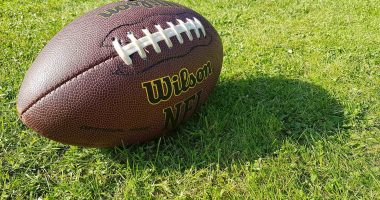