Highlights from Monday’s Wyoming County Board of Education Meeting

PINEVILLE, W.Va. – The Wyoming County Board of Education met Monday, focusing on the upcoming school year and the new challenges to overcome due to the Coronavirus pandemic.

Jeffrey Hylton, Director of Safety and Transportation, gave an update on School Safety and Security, coordinating with principals about incoming supplies for the new school year.

Mr. Henry and I spoke to the principals about supplies that will be coming to them, such as PPE, masks, their cleaning supplies, also their backpack sprayers. They’ll make sure they are stored in a safe place.

“Are we going to put shields up on teacher’s desks,” asked Michael Prichard.

“No, but we have purchased face shields for every employee, not just teachers,” said Superintendent Deirdre Cline. “We are also providing multiple masks for teachers and employees, cloth and disposable. They can also bring their own if they so choose.”

Another key part of ensuring the school year gets off on the right foot is making sure students’ immunizations are up to date, as waiver requests have been denied across the state from multiple school districts.

“John Henry, Director of Student Services and Attendance, has been working hand-in-glove on student services in a general sense, but he and I are concerned about people taking their children in for immunizations,” said Cline. “We looked for a waiver but any county seeking that has been denied. With that being said, we’re trying to get children immunized so it’s not an obstacle to returning to school.”

The Mobile Immunization schedule is as follows:

Students must bring shot records and are asked to bring proof of insurance if they are insured. Sports physicals will be available and adults can also be seen, if time permits. Masks will be required.

Wyoming County Schools will also accept sealed bids for the installation of two temperature screening systems on August 17th. John Henry gave the Board an overview of how they work to monitor students entering schools each morning.

“30 students per second walking by the camera system will be monitored for temperatures outside the normal range,” said Henry. “Then we can track that student or groups of students throughout the week.”

“Board members, we’re looking specifically at both of our high schools,” said Cline. “The buses work with the high schools first, unloading about 7:05 a.m. It is a very organized system of unloading many, many students, well over half of the population at the high schools.”

Cline said this system could be used after the COVID-19 pandemic for monitoring of students during flu and strep seasons.

“Where its thermal, if it detects an abnormal temperature, will their be another check performed later,” asked Richie Walker. “Because if the student is sitting on the bus with the heater blowing on them, that could throw off the temperature check.”

“Our protocol will be that the student is immediately isolated and the nurse and parents will be called,” said Cline.

“We’ll check the temperature again as they go into the isolation area. The CDC requires us to have an isolation area in each school county-wide,” said Henry.

The Board approved the request to bid out the temperature screening system.

Superintendent Cline also spoke about recent meetings with WCS principals to go over all the information and plans of action for the upcoming school year.

“What are the numbers on that now,” asked Allan Stilner.

“740 applications are out the door, we’ve processed 441 and just estimating, we’ve got another 200 to 250 that have not been processed yet,” said Henry.

“That’s going to help us with numbers in classrooms as well,” said Stiltner.

“Yes, it will cost a good bit of money but it will also help us keep children safe and have an opportunity for more social distancing,” said Cline.

After the meeting with administrators, Superintendent Cline said it was up to the principals to return to their schools with the information and make it happen in a way that serves each school across Wyoming County.

“We are going to have programmatic meetings with the principals again, they requested that, which I thought was phenomenal,” said Cline. “They want more time to share, more time to talk, to process.”

Richie Walker asked Henry if virtual learning was concentrated in any area of Wyoming County or spread throughout the region.

“I think in the beginning, we received more trending in a certain area, but now every area has kind of caught up,” said Henry.

“As of today, he’s still got 200 to put in. With the 441, there were 63 64 for Westside, 50 from Wyoming East. Those were the highest but they have more students,” said Assistant Superintendent Rebecca Cooke. “The two lowest ones were from Mullens Elementary and Road Branch.”

In her Superintendent’s Report, Cline informed the board about a recent competitive grant the school system has pursued.

“The Central Office staff and myself made an application for a competitive grant through the West Virginia Department of Education. We submitted the grant last Thursday, for $601,597,” said Cline. “We are so hopeful we can get that because it will bring us more of these MySpot hot spots we could facilitate at children’s homes without wi-fi capabilities. Also charging cords for tablets, one at school and one to take home.”

The other piece of the grant would place extend the Community in Schools program to two Mullens Elementary and Mullens Middle Schools, allowing for two CIS facilitators to be funded for the schools.

“If we get that grant, we will be full onboard Community in Schools, and that’s an impactful thing for kids,” said Cline.

“A specialist from Marshall will be going into classrooms that serve autistic children or children with autistic tendencies and helping the teachers help the children more effectively,” said Cline. “We’re supposed to hear about that in a week. You’ll probably be able to hear me at your home yelling in a thrilled way.”

Cline’s last piece of good news for the Board was Randall Reid Smith, curator of the Charleston Historical Society, working with VH1 to supply musical instruments to Pineville Middle School, as he had done in the past for other schools. 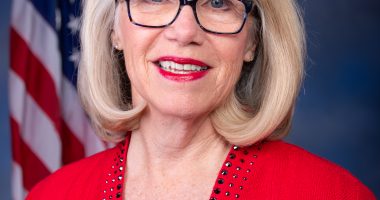 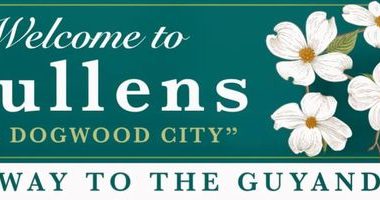 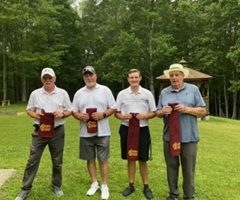