Back again, and Atlanta’s ace Mike Soroka suffered a torn Achilles during his outing on Monday night. The brutal injury will end his season while simultaneously hurting his team’s World Series chances. The 23-year old right-hander is coming off a season in which he posted a 2.68 ERA and 4.0 fWAR across 29 starts, emerging as a building block for the youth-laden Braves. Even with a glut of rotation options on the roster, Atlanta will not replace Soroka’s production from within the organization.

Astros closer Roberto Osuna is likely out for the season due to an elbow injury. Should Osuna require Tommy John surgery—as his initial diagnosis suggests—he could miss the bulk of the 2021 season. This is a severe blow to Houston’s bullpen, which has been collectively awful to start 2020. The excellent Ryan Pressly remains locked in as the team’s closer for the remainder of the season, but the rest of Houston’s bullpen remains in flux.

Chicago entered the season optimism surrounding former top prospect Carlos Rodon’s chances at contributing to a playoff push. Now, Rodon is on the IL with soreness in his pitching shoulder, an ominous sign given his lengthy injury history. The White Sox will be even more reliant on its offense without Rodon taking the bump every fifth day. On the plus side for Chicago, the offense has been stellar despite a slow start from off-season additions Edwin Encarnacion and Yasmani Grandal.

St. Louis is currently struggling to retake the field due to a COVID-19 breakout within the organization. Six players were publicly identified as COVID positive yesterday, including star shortstop Paul Dejong and veteran catcher Yadier Molina. The Cardinals have had its series with the Detroit Tigers postponed through Thursday. It remains unclear whether or not St. Louis will be in action this weekend in a scheduled series with the Chicago Cubs.

Juan Soto was finally activated from the injured list by the Washington Nationals following a lengthy stint on the sidelines due to a positive COVID-19 test. Soto never reported any symptoms. He has been struggling to get cleared by MLB despite a host of negative tests in recent days. Soto was not part of Washington’s lineup on Tuesday. Still, he is expected to assume his spot in the team’s everyday lineup today. As one of baseball’s best players, Soto’s return will be huge to the slow-starting Nationals.

Rays outfielder Austin Meadows was also activated from the injured list. Meadows missed most of Tampa Bay’s summer camp due to a positive COVID-19 test, and he has required time with the team’s alternate training site to prepare for the season. Meadows looked to be ready to contribute on Tuesday night, racking up two hits, including an RBI triple. Coming off a .291/.364/.558 batting line in a breakout 2019 season, Meadows instantly slots in as the best hitter for the playoff-hopeful Rays.

Baseball’s top outfield prospect Jo Adell of the Angels received his call-up to the big leagues on Monday. Held down at the start of the season due to service time manipulation, Adell will likely experience some growing pains as a rookie. However, the 21-year old possesses immense upside. L.A. is hoping adding Adell to the everyday lineup helps the team emerge from its current funk. He managed an infield single during his big-league debut on Tuesday night.

Clayton Kershaw made his belated season debut following a brief stint on the IL due to a back injury. The Dodgers ace looked ready to roll, shutting out Arizona into the sixth inning. Kershaw being in L.A.’s rotation adds more riches to the team’s already-loaded roster. Youngster Julio Urias has been L.A.’s best starter to date. Still, both Kershaw and Buehler should soon challenge him for the distinction. The Dodgers are currently entrenched in a hotly-competitive NL West alongside the surprising Rockies and upstart Padres, but L.A. remains the obvious choice for the National League’s best team. 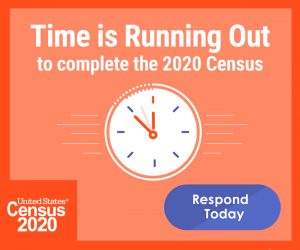