Connie Yvonne Barlow, 70 of Clear Fork passed on Friday, July 24, 2020 at Bower’s Hospice in Beckley following a long illness. She was born on October 26, 1949 in Pineville , West Virginia. She was the daughter of Johnie Blankenship and Hazel Faye Matney Blankenship. Connie was a 1967 graduate of Oceana High School and a disabled Registered Nurse of 20 years receiving her Associates Degree in nursing from Southern West Virginia Community College and was employed at Welch Community Hospital, Community Health Foundation in Man, West Virginia where she served proudly as Director of the Black Lung Clinic where she adored her patients and they adored her as well, OH-9 and Wyoming County Council on Aging in Home Health Care. She also was a homemaker where she cared for her husband and children all while obtaining her nursing degree and also briefly owned and operated Rick’s Drive Inn in Oceana where she used her great cooking skills and would always stay up late at night after work at her regular job preparing lunch and dinner specials for the next day. Connie was a devout Christian after giving her life to her Lord and Savior at the age of 12 and kept her faith to God her entire life. Connie was one of the original founding members of the Blessed Hope Singers singing and ministering at churches all over southern West Virginia and several states for over 40 years up until her illness wouldn’t allow her to travel.
Connie was proceeded in death by her parents, her husband of 32 years Walter Barlow, father-in-laws Dan Barlow and Ott Osborne, mother-in-law Helen Grace Wilson Barlow Osborne, a brother Donnie Blankenship and step-mother Rosa Lea Blankenship.
She is survived by her “Buttons and Bows” Derk, sons Jeff and wife Anitra Barlow of Jesse, Shannon Barlow of Clear Fork, Jacob Ray Barlow of Clear Fork and daughters Lisa Ross and her husband Jerry of White Sulpher Springs and Lisa Barlow of Charleston and her grandchildren Marissa Moore Barlow and her fiancé Ryan Adams of Pineville, Laken Barlow and her boyfriend Aaron Blevins of Bradshaw, Alex Barlow and his girlfriend Jessica Wrobleski of Oceana, Jordan Browning and his fiancée Alexis Walls of Huntington, Jared Browning and his girlfriend Carly Puett of Huntington, Emily Browning of Clear Fork, Jacob Eugene Barlow of Charleston, Isabella Browning of Clear Fork and Iris Klaiber of White Sulpher Springs which are all her pride and joy, a sister Gloria Elkins of Monroe, North Carolina as well as special nieces Tiffany Short (Kevin), Abby Short, Maddie Short, Haley Acord and nephews Tyler Counts, Logan Short and Eli Short and special friends and/or cousins Lori Pruitt, Debbie And James Roe, Darlene (sister-in-law)and Earl Harris, Sheila and Greg Morgan and their children Josh and Erin, Kalea Klaiber, Taia’ Ross , Misty Browning, Lorrie Pafford, Rick Blankenship, Mike Blankenship, Annetta Argabright, Jane Snuffer, Darrell Lester and a host of other family and friends including her extended Advent Christian Church Family.
Funeral service will be held at 1pm on Monday July 27th at the Clear Fork Advent Church with Rev. Eddie B. Aliff, Jr. officiating. She will be laid to rest in Palm Memorial Gardens, Matheny, WV. Friends may gather with the family from 11am until time of services on Monday at the church. Pallbearers will be Alex Barlow, Jordan Browning, Jared Browning, Jacob Barlow, Ryan
Adams and Aaron Blevins. Special thanks to Bowers Hospice House of Beckley, WV for the love you showed our family.
The family is being served by the Stafford Family Funeral Home, Lynco, WV 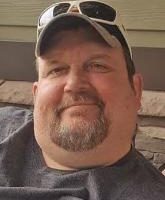 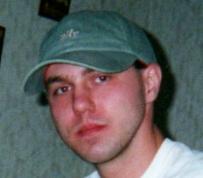 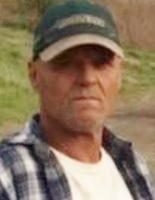 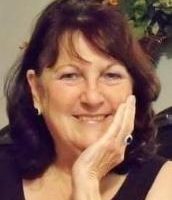 Judy Diana Cox, 75, of Brenton, WV passed away on Sunday May…