Back again, and as the start of NFL training camp nears, news has surfaced concerning Dalvin Cook’s displeasure with his current contract. The Vikings running back is entering the final season of his rookie deal, and without a long-term deal, Cook appears poised to begin the year with a holdout. Cook racked up over 1,600 yards and 13 scores in 2019 as a focal point of Minnesota’s offense, and given the short peak of running backs, his desire for long-term security makes perfect sense. For the Vikings, playing hardball with Cooks also makes sense. The team boasts a high-upside fallback option in 2019 third-round pick Alexander Mattison, and Minnesota’s cap situation makes committing a large sum of long-term money to a running back a risky move. This standoff between Cook and the Vikings is far from over.

Tampa Bay coach Bruce Arians spoke publicly regarding the team’s move to sign quarterback Tom Brady. In the process, Arians confirmed the Buccaneers would operate with 12 personnel serving as the team’s base offense. This confirmation is scary news for opposing defenses, as it will allow Tampa Bay to take full advantage of its three talented tight ends. Rob Gronkowski, Cameron Brate, and O.J. Howard will see plenty of time sharing the field alongside superstar receivers Chris Godwin and Mike Evans. Brady will have an embarrassment of riches at his disposal in Tampa this season, a massive shift considering the sub-par collection of receiving talent he was working within New England last season.

In the NBA, San Antonio will be among the team’s partaking in the completion of the NBA season, but the Spurs will be without its best player. Big man LaMarcus Aldridge underwent shoulder surgery in late April, ending his season. The veteran has gone overlooked the past few seasons as the Spurs recede from the championship conversation, but he remains a capable, star-level offensive talent. The Spurs will likely slot youngster Jakob Poeltl into an expanded role, a move that could benefit the future of the franchise as it will give San Antonio a better chance to evaluate the pending restricted free agent. San Antonio was unlikely to make a push for the playoffs with Aldridge. Without him, the Spurs have little chance at reaching the postseason.

More regarding the nature of the NBA’s resumed season has come to light in recent days, most notably a firm timeline of tentative dates. On July 31, the seeding games will begin. The seeding games is essentially the completion of the regular season, as seeding within the playoffs will be decided, as will the up-for-grabs playoff spots. In the East, Washington is the lone team looking to get into the dance, hoping to catch the Brooklyn Nets or Orlando Magic. In the West, it will be Phoenix, San Antonio, Portland, New Orleans, and Sacramento looking to catch the Memphis Grizzlies for the playoff field’s final spot. Every team will play eight games during this round.

Following the end of the seeding phase, there will be a play-in tournament, if necessary. Provided the No. 9 seed in a conference is within four games of the No. 8 seed, a play-in match-up will determine the winner of the playoff slot. The No. 8 seed would need to win a single game in the match-up to secure a playoff spot. The No. 9 seed would have to take back-to-back games to jump into the postseason fold. This is a potentially exciting addition to the end of the regular season that could prove engaging enough for the NBA to consider instituting long-term.

After the potential play-in match-up, the playoffs will commence as usual on August 18. The NBA Finals could extend to as late as October 12. This late finish would delay the start of next season, though the NBA seems keen to begin the 2020-21 season as soon as December 1. Still, that remains up in the air. Either way, the mere prospect of NBA action returning is incredibly exciting for basketball fans.

By: Paige Cline In pre-war Wyoming County, life was obviously different from… 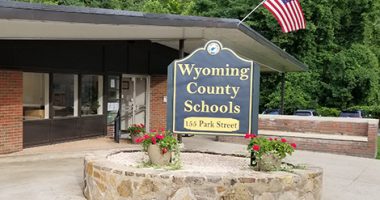 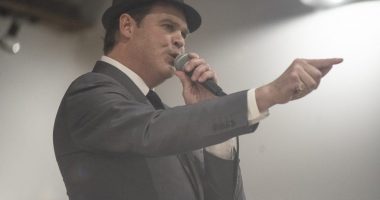