NURSING HOME VISITATION PLAN ANNOUNCED
On Wednesday, Gov. Justice and the West Virginia Department of Health and Human Resources unveiled a multi-phased plan to resume visitation at West Virginia’s nursing homes, with limitations, beginning as early as next Wednesday, June 17.
If, on June 17, a nursing home has had no active COVID-19 cases for at least the past 14 consecutive days, visitation will be permitted to resume, with certain restrictions in place.
Gov. Justice announced that, under the plan, appointments will be required to visit any nursing home.
Additional visitation rules will be determined on a facility-by-facility basis, but may include restrictions to the number of visitors permitted at once, age restrictions, time limits, contact limitations, and more.
“We know the people in our nursing homes are the most vulnerable of all,” Gov. Justice said. “So we’ve got to have a plan that phases-in visitation, while doing so as fast as safely possible.”
On March 12, Gov. Justice asked for all nursing homes to ban visitation to their facilities. On April 17, Gov. Justice issued an executive order to test every nursing home resident and employee – making West Virginia the first state in the nation to order the full testing of its nursing homes.
“In trying to protect the people in our nursing homes, we had to do what we did,” Gov. Justice said. “But, if you take a step back and think about it, if it were your mom or your dad, or your grandchildren that you just want to see, this has been horrendously difficult and horrendously sad for those families.
“We want to get you back together as safely as we possibly can, while also continuing to protect all those within the nursing home system.”

GRADUATION CEREMONY GUIDELINES RELEASED
Also on Wednesday, Gov. Justice announced that the West Virginia Board of Education and State Superintendent of Schools Clayton Burch have released guidelines for counties to use to start holding in-person graduation ceremonies beginning as early as Monday, June 22.
“This is something I wanted to see in the worst way because this is such an important moment for these children – an accomplishment beyond belief and we want to be able to stand and applaud and recognize them for all their hard work,” Gov. Justice said. “I salute everybody for all the hard work that’s been done behind-the-scenes to make this happen.”
The guidelines require that all in-person graduations must be held at outdoor venues and that events must be structured to allow for adequate social distancing and for other safety measures to be properly followed.
Six feet of social distancing is required at all times and face masks or coverings are strongly encouraged. Several additional safety precautions are also required.

ALL OUTDOOR, OPEN-AIR CONCERTS ALLOWED TO RESUME JULY 1
Additionally Wednesday, Gov. Justice announced that all outdoor, open-air concerts will now be permitted to resume on Wednesday, July 1, provided that strict safety guidelines are being properly followed.
The reopening of all outdoor, open-air concerts pertains to traditional concert venues, as well as bars or restaurants with outdoor performance areas, so long as they allow for patrons to have enough space to properly follow the appropriate safety guidelines.
“I am well aware of how difficult it is to run a business with one hand tied behind your back as far as being able to be successful and making the economics work,” Gov. Justice said. “We’ve got a lot of great people who are working hard and we are trying to help them in every way we can.”
On Monday, Gov. Justice announced that outdoor, open-air concerts, specifically at fairs and festivals, would be allowed to resume to coincide with the reopening of fairs and festivals themselves on July 1.

JUNE 10 REOPENINGS NOW UNDERWAY
Also yesterday, Gov. Justice reminded West Virginians that another round of reopenings officially went into effect as part of the Governor’s plan to restart the state’s economy.
Private campgrounds as well as state park campgrounds, cabins, and lodges are now permitted to reopen to out-of-state guests, provided that their stays do not exceed seven days.
The seven-day restriction does not apply to individuals who maintain a semi-permanent or permanent resident at such campgrounds.

SAFETY GUIDANCE FOR REOPENING OF SUMMER YOUTH CAMPS NOW AVAILABLE
Additionally on Wednesday, Gov. Justice announced that safety guidelines for the upcoming reopening of summer youth camps have now been posted on the Governor’s website.
On Monday, Gov. Justice announced that both day camps and overnight camps will be permitted to reopen on Monday, June 22.

NEW WHITEWATER RAFTING GUIDANCE NOW IN EFFECT
Also, Gov. Justice offered a reminder that new safety guidelines for whitewater rafting businesses officially went into effect today.
Under the new guidelines, whitewater rafting groups are now allowed to have up to eight guests and one guide per raft.

UPDATE ON CHURCH OUTBREAKS
Additionally on Wednesday, Gov. Justice took time to report that, in the time since churches have resumed in-person services, there have been at least four church-related outbreaks across the state, ranging between five and eight cases per congregation.
“In total, we’ve seen at least 24 positive cases among church members,” Gov. Justice said. “We all know that a lot of the attendance at our churches are our elderly and, being the most vulnerable of all, we surely don’t want to get in a situation where we are passing COVID-19 to our elderly.”
The Governor added that the primary factor in these outbreaks was that the organizations had not adequately planned or put in place social distancing or infection control guidelines.
“All I am doing now is encouraging you, in our church settings, to follow the guidelines as far as every other pew, as far as social distancing, as far as wearing masks,” Gov. Justice said. “We love our church activities, we absolutely treasure them the most of all. But I’m just cautioning you to take heed and be a little more careful.”

By Paige Cline Many times, when things at the paper slowed down… 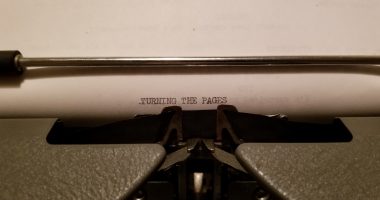 By: Paige Cline It wasn’t as organized as the league that Kopperston…