This is a true story about a happy family who possessed a special little black box.
One Saturday, Merle found a doll Cindy wanted to play with. He picked it up and Cindy yelled, “Mommy!”
Mother was in deep conversation with other children and didn’t look up. Automatically she yelled “Stephen!”
“Okay Momma,” Stephen replied.
Later that night, Stephen, was going to pull a prank on Lou. Then he heard the front door open. Daddy must be home, he thought. I should go see him. I’m supposed to be sleeping. I’ll just have a glance. They won’t see me. He eavesdropped behind the door.
“This coal mine job provides us less money every day,” Father said.
Mother replied hopefully, “I know dear. We must keep praying. Everything will be okay.”
After Stephen heard this, he ran back to bed. Father gloomily walked to the children’s rooms. Stephen pretended to sleep as his father prayed over each one. When father finished praying, Stephen wondered if he should tell his siblings what he had heard. They deserve to know; I will tell them tomorrow.
Early Sunday morning, the children awoke to the smell of mother’s delectable cooking. Stephen confessed what he heard to his siblings.
“Really?” Sharon asked.
“I’ve never lied to you. Okay I lie sometimes…but not now. Please listen to me!” Stephen pleaded.
Judy said, “Okay, everyone get into a line.”
They marched in unison down the stairs. Their mother raised her eyebrows in surprise.
“Stephen heard you guys talking last night. Are we really poor?” Stephanie sadly asked.
“Yes, we’re poor, but we must have faith,” Mother replied.
“But what happens if we run out of money?” Linda asked.
Mother led them to her bedroom and explained, “This little black box is precious. It contains everything we need to see us through any dark time. If we need money, we will go to this box.” She looked up at the clock. “Go eat your breakfast, get dressed, and rehearse your song.”
At church they sang “Amazing Grace.” Their voices sounded like beautiful angels. Their clear harmonies were beautiful to hear. Since their father was the preacher, he preached his eloquent sermon and the family went home. The children never worried about money again because they had their little black box to help them through tough times.
Years later, after both parents passed away, Stephen took over his father’s church. The grown children were at their old house collecting their cherished belongings. They began to reminisce over their childhood years when they were poor. As the children cried together, Brenda saw the little black box from their childhood years. The siblings opened the little black box. They found absolutely nothing inside but love, faith, and hope in Jesus. The siblings saw their tattered old family Bible beside the little black box and noticed a verse that was marked.
They read together, “But my God shall supply all your needs according to his riches in glory by Christ Jesus.” Phillipians 4:10.

By: Robert Bishop Back again, and the defending NFC champion San Francisco…
CHARLESTON, W.Va. – The West Virginia Department of Education (WVDE) has worked…
WYOMING COUNTY, W.Va. – Students wishing to play volleyball in the 2020… 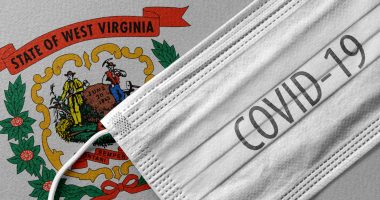