Back again, and one fallout from the shockingly abrupt end to the NBA regular season schedule was the rapid deterioration of the relationship between Utah’s All-Stars, Rudy Gobert and Donovan Mitchell. It was Gobert’s positive COVID-19 test results that sent the NBA world, and quickly the country, into action. It was also Gobert’s regrettably childish actions before his positive test result that made him an easy scapegoat for the rushed nature of the NBA season’s demise. Mitchell subsequently tested positive for COVID-19, and though both recovered, there was talk of bad blood between the two stars.

Fortunately for the Utah Jazz, the two seem to be on their way to working through their differences, with a report surfacing on Tuesday that the pair will put the success of the team forward. Utah has championship aspirations, either this season—depending on how things shake out—or next season. Having to separate their two stars due to something other than on-court fit or financial reasons would be a disheartening end to Utah’s contention window. Gobert is poised to be a free agent after next season, however, so even if the duo fails to become off-court friends, for the sake of success on the basketball court, a short-term reconciliation makes a lot of sense for all parties.

Interestingly, with the NBA remaining committed to the idea of finishing the 2019-20 season, the Brooklyn Nets could capitalize in a significant way. Kevin Durant, who suffered a torn Achilles during last year’s NBA Finals and missed all of this season, could be ready to see some court time during the playoffs this season. Any return to the court for Durant would be in a limited capacity, and his presence alone wouldn’t be enough to lift the Nets out of being first-round fodder for the Eastern Conference elites. Still, it would give Brooklyn the chance to get a sense of his fit around their other potential building blocks, most notably Caris LaVert.

As far as negative news for the Nets, Kyrie Irving’s surgically-repaired shoulder will likely force him to the sidelines for the next six months. The extended recovery period rules Irving out for the rest of this season, but with a delayed start to next season being a discussion point for the NBA, the All-Star point guard could be back in action for the beginning of the 2020-21 season. That said, Irving’s lengthy injury scare, which now includes a serious shoulder injury added alongside his knee woes, will remain a cause for concern for the duration of his career.

Indiana is likely gearing up and preparing for a possible return this season and a playoff run, but rumors are already circulating surrounding the long-term future of star guard Victor Oladipo. The Pacers fared well this season with Oladipo sidelined, and his return caused notable issues with the team’s on-court chemistry. Next season is the final one under Oladipo’s current deal, and with Indiana solidly among the NBA’s mid-market teams, the question surrounding the franchise’s willingness to commit a max-level contract to Oladipo is worth asking. A healthy Oladipo is an All-NBA caliber superstar, and he would also represent an All-NBA level trade chip this summer. Oladipo is one of many players to watch when—or more likely, if—the current NBA season resumes.

In a report that is questionable for all teams involved, former Bulls and Timberwolves head coach Tom Thibodeau is generating interest from multiple NBA franchises. After struggling with on-court decisions and off-court moves during his tenure with Minnesota, it is laughable that multiple teams would remain interested in Thibodeau. Long viewed as a defensive mastermind, Thibodeau’s failings on the offensive end of things, as well as a complete inability to develop young talent, should limit his opportunities. Instead, the Nets and Rockets are both listed as possible suitors, though the New York Knicks are thought to be the front-runners to land his services, should interim coach Mike Miller not be retained. Bringing in Thibodeau would represent a regrettable move for most teams, but for the Knicks it would be a worst-case scenario. 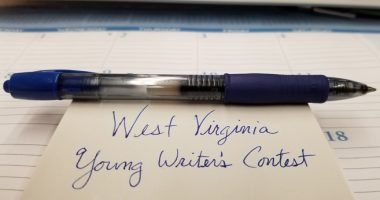