Back again, and lost in the initial news surrounding San Francisco’s acquisition of left tackle Trent Williams was the companion transaction that set up the team’s need for a left tackle: the retirement of Joe Staley. A 13-year veteran, all with the 49ers, Staley has been among the best offensive lineman of the past decade-plus, ranking alongside Jason Peters and Joe Thomas. His retirement didn’t garner much notice, but Staley should generate plenty of headlines at some point in the future when he joins the game’s luminaries in Canton.

Many teams had notable drafts, but perhaps no franchise had as disastrous a weekend as the Green Bay Packers. The team made the odd move to draft quarterback Jordan Love in the first round, which was more confounding due Green Bay’s decision to trade up to facilitate the selection. The Packers followed up Love’s selection with a lackluster draft that includes multiple head-scratching choices. Green Bay made it to the NFC Championship Game in 2019, yet the Packers did next to nothing in the draft to improve around Aaron Rodgers. It remains a challenge to make sense of Green Bay’s moves.

Las Vegas also made a few questionable moves, most notably with its two first-round picks. The Raiders opted to select wide receiver Henry Ruggs III with selection 12, making him the first receiver off the board. The move is tough to justify from a value standpoint, given the lingering presence of Jerry Jeudy and CeeDee Lamb in the draft pool. It is even more difficult to justify given Ruggs’s best attribute–his deep speed–is negated by the team’s reluctance to throw the ball downfield. To make things worse, Jeudy was later selected by Vegas’s division rivals, the Denver Broncos.

As problematic as Las Vegas’s move to draft Ruggs III was, at least he was a viable first-round pick. The same doesn’t apply to cornerback Damon Arnette, who the Raiders inexplicably selected at 19.  Arnette boasts NFL-ready size and strength, but he presented awful value for the Raiders given his projection of a Day 2 or 3 pick. Top-tier cornerbacks slid down the draft board, including arguably the second or third best in the pool (Kristian Fulton, pick 61). After an off-season spent making wise, albeit low-key moves, the Raiders fumbled on Thursday night.

Speaking of Fulton, the former LSU Tiger slid down the draft board thanks to off-field issues. However, there is no questioning his terrific coverage skills. Fulton is ready for a role in an NFL secondary, and with Logan Ryan leaving Tennessee this off-season, there is a spot for him in the team’s secondary. Fulton has room for improvement—most notably his tackling and ability to stay with elite route-runners—but the pieces are in place for Fulton to be a steal of a draft pick late in the second round. Tennessee’s first-round selection of offensive lineman Isaiah Wilson wasn’t inspiring, but the team made up for it by ending Fulton’s slide.

Minnesota entered the draft with a desperate need at cornerback, and the Vikings lucked into a pair of high upside options. The Vikings netted Jeff Gladney at the end of the first round, and with selection 89, added Cameron Dantzler. Dinged for his slight frame and perceived lack of speed, Dantzler was a steal in the third round. Dantzler projects as a reliable option in the slot with room for growth with a bit more size and improvement as a tackler. Gladney also comes along with size concerns, but he is a ball hawk that should seize control of a role on the outside for Minnesota’s defense.

Though Jacksonville’s two first-round picks weren’t inspiring, the Jaguars made a pair of mid-round selections that were absolute steals. Jacksonville added receiver Laviska Shenault Jr. with pick 42. Shenault Jr. is an after-the-catch force, and he will instantly become an offensive weapon for Jacksonville’s passing attack. The Jaguars also landed a bargain at 116, nabbing tackle Ben Bartch. Bartch slid due to concerns surrounding the quality of his competition in college as a Division-III player, but he shined at the Senior Bowl against some of college football’s best. It may take him some time to adjust to the speed of the NFL, but Bartch projects as a solid back-up with upside to be an excellent starter in the trenches. 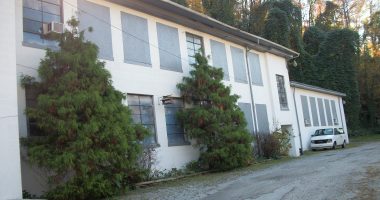 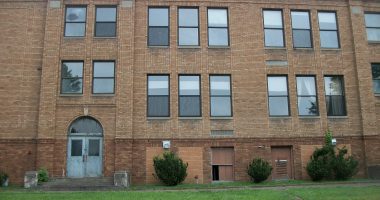