Back again, and as the NFL Draft draws ever closer on Thursday evening, more and more rumors become concrete news while whispers grow in volume. It’s almost certain that the Cincinnati Bengals will select quarterback Joe Burrow with the first overall pick. However, after that, pretty much anything can happen. There are conflicting reports linking the Dolphins to trading up to nab Tua Tagovailoa and Miami holding pat at selection five and taking Justin Herbert. The Redskins and Lions, owners of picks two and three respectively, could both trade down to facilitate a team landing either non-Burrow quarterback. Unlike most years, there is a lot unknown at the top of the draft.

Elsewhere, for all the uncertainty in the top five, clarity is developing. It has been obvious for some time that the Panthers, selecting at seven, would do cartwheels to net linebacker/safety Isaiah Simmons. Left tackle Andrew Thomas fills a decade-long hole on the Chargers’ offensive line. Detroit can fill the void created by trading Darius Slay with the draft’s top corner, Jeff Okudah. The Raiders need for a legitimate number one receiver can be solved with CeeDee Lamb. There remains the possibility for reality to ruin the ideal, as the New York Giants selecting at four could target Simmons or Thomas or Lamb or in true Giants’ fashion, someone completely off the radar. Thursday night is going to be fun.

Star safety Anthony Harris and the Minnesota Vikings continue to inch toward a long-term extension. The smart move for Minnesota is to keep Harris in town, but the Vikings have other concerns to address heading into the NFL Draft. A team may step in and offer a sizeable haul of draft picks to Minnesota in the coming days, relieving the pressure off the Vikings to sign Harris to a multi-year extension. It seems obvious—curious, but obvious—the Vikings are reluctant to commit to the 28-year old. At present, Harris is due to make approximately $11 million under the franchise tag.

Guard Joe Thuney was also slapped with the franchise tag earlier this off-season. However, unlike Minnesota with Anthony Harris, the New England Patriots seem to have zero interest in locking Thuney up long-term. Instead, the Patriots appear to be opening shopping Thuney for a mid-round draft pick. The move to shop Thuney makes sense as the Patriots aren’t likely to contend this season, and he is of far greater value to a franchise ready to make a playoff run in 2020. Trading Thuney would also free up space below the salary cap for the space-strapped Patriots.

Over the weekend, running back Leonard Fournette’s name joined the list of players on the trade block heading into this week’s draft. Fournette has racked up yardage since joining Jacksonville as the fourth overall pick in 2017, but his place within the modern NFL is in doubt. It is worth noting that Fournette racked up a career-best 76 receptions in 2019, and it is possible a change of scenery rejuvenates his career. Jacksonville would likely have to settle for a late-round selection in any deal.

Arguably among the top few safeties in the NFL, Jamal Adams of the Jets has been adamant about his desire for an extension this off-season. For reasons best described as ‘the Jets’, New York seems content to let its defensive superstar wallow in displeasure. Only 24 years old, Adams has proven to be effective in all facets of the game, particularly shining as a pass rusher. New York already made the mistake to dangle Adams in trade talks during the 2019 season. Now, the Jets are openly antagonizing its best long-term building block. Chicago released tight end Trey Burton, two seasons into an ill-advised four-year, $32 million contract. Signing Burton to such a lucrative contract was a mistake, but the Bears deserve plenty of blame for compounding the error by simply wasting his presence. Earlier this off-season, the Bears made another laughable move to address the tight end position, signing 34-year old Jimmy Graham to a two-year deal worth $16 million. Graham managed only 38 grabs with the Packers in 2019. It appears Chicago is content to enter next season with Graham as the undisputed starter at tight end, a move that is unlikely to work out in any fashion. 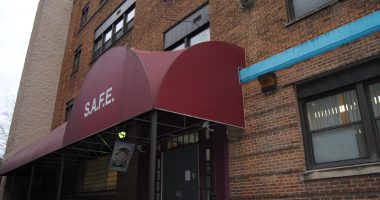 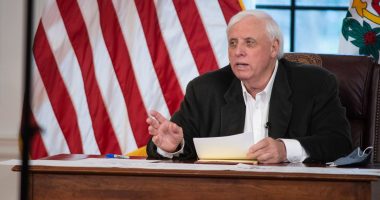